Some pictures from a recent stroll around this graveyard-turned-nature reserve in Mile End. 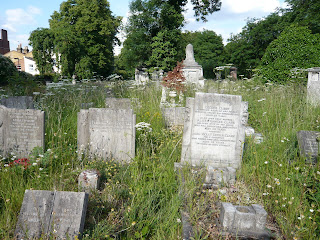 Founded in 1841, one of the "magnificient seven" of Victorian London cemeteries, it has been left to grow wild for more than four decades. 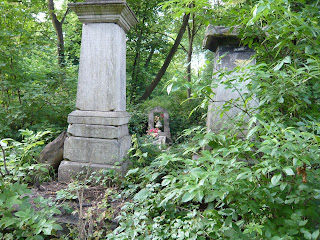 The last bodies were buried here (officially, anyway) in 1963. But a few graves still had fresh flowers on them. 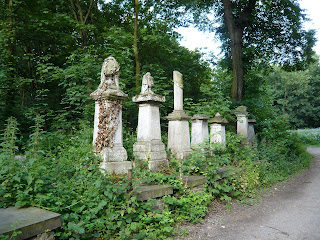 It's gothic, to say the least, and was deserted even on a sunny Sunday afternoon in June. 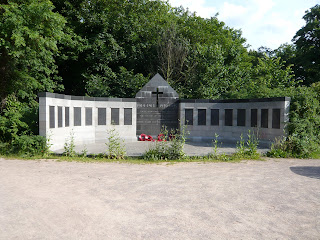 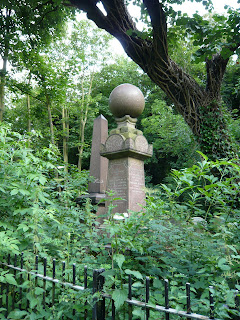 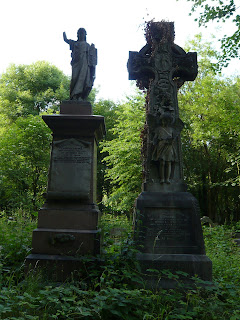 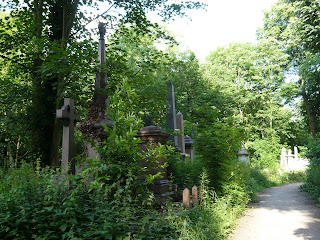 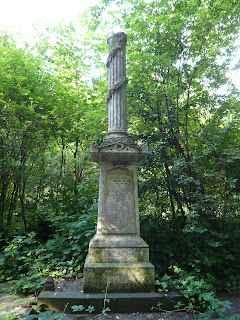 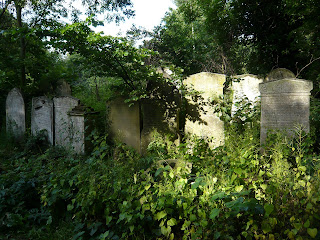 The tree canopy is so thick that large areas are dark even on bright days. 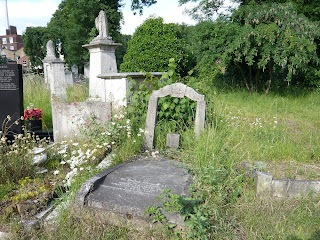 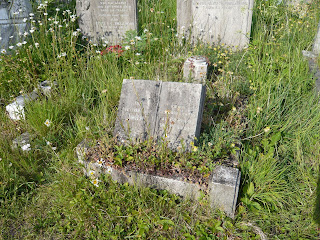 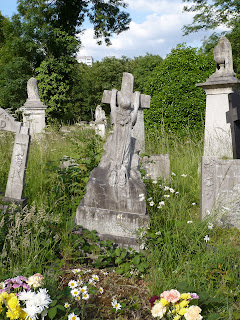 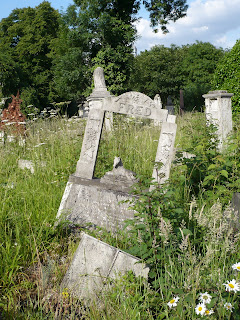