The Mechanical Jonestown and Perfect City 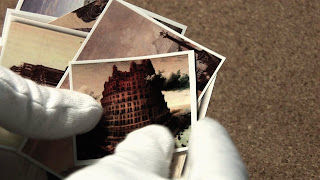 Two very old reviews - from Icon 052, October 2007 - uploaded here for the benefit of my archive.

Transformers
Transformers was the first cartoon “inspired by” (that is, designed to sell) a range of toys. It was a glorified commercial, and as such was actually aided by its low production values – the toys themselves did not disappoint. They were three toys in one: killer robot; jet fighter (or flatbed truck, or whatever); and puzzle. How does this VW Beetle transform into a robot, and vice versa? What clues can be gleaned from either form that suggest the other – part of a bumper that resembles a fist, or a chest plate that looks like a bonnet? On this third level, they were almost educational. They taught kids how to interrogate mechanical design, reducing it to constituent parts and postulating alternative applications for each.

But this is summer blockbuster season, and thus no place for anything of educational value. And the lessons present in Michael Bay’s Transformers film become rather unsettling if pondered for too long. It’s lucky, therefore, that this absurd, sprawling, eye-blitzing movie so closely resembles a schizophrenic episode (My car wants us to have sex! Your mobile phone is watching us!) that quiet reflection on it is near impossible for a couple of hours afterwards.

This is the plot: once the Transformers lived in peaceful robo-topia, but after an unspecified “betrayal”, war erupted between the “good” Autobots and the “evil” Decepticons, and their home planet was destroyed. Now, the robo-diaspora has come to Earth to battle over the Allspark, a cube that can turn inanimate machines into Transformers. Robo-rampage ensues; “good” triumphs over “evil”.

This film is a primer in nihilism and moral relativism. Nietzsche deserves a writing credit. The Allspark is the mindless “queen” of Transformer society, the only reproducing individual amid sterile drones and soldiers. It is itself a Transformer, transforming from a cube the size of an office block into a cube the size of a Dualit toaster, and in the process indicating that you might as well not bother wondering how a sportscar can turn into a much larger robot. Scale is for puny humans. The Decepticons want to control the Allspark to make more Decepticons – they are obeying a reproductive imperative. But the Autobots want to destroy the cube – an act of species suicide. This makes them an insane, nihilist death-cult, pitching their entire kind into a mechanical Jonestown. This is the Master/Slave mentality Herr Nietzsche was talking about.

But these concerns are probably the result of watching the film without the recommended dosage of Wham bars and Panda cola. More disappointing is the way that the Transformers transform. Their vehicle disguises are perfect down to the fluffy dice, and the transformed robots are lithe and athletic. One gives little clue to the other, and the act of transformation is a blizzard of high-speed CGI detail that obscures the fascination of the mechanics of the act. Worse still, if a Transformer is unhappy with its disguise, it can just scan another vehicle and turn into that instead – and anything can become a Transformer. This makes them more like the molten, shape-shifting “robot” in Terminator 2 than collections of gears and hinges.

The Transformers’ unique selling point is thus almost entirely lost. The film’s redeeming features – some funny lines, gorgeous effects, John Turturro – rattle about in the remaining 144 minutes of destruction. It will make money though, and director Bay will be free to kill again. Maybe he’ll spoil Thundercats next.

The Perfect City
“Good men need no orders,” said Plato in The Republic. The rest of us need round-the-clock CCTV coverage, ASBOs, smoking bans and electronic tagging. Perfect societies and ideal cities are spoiled by their imperfect inhabitants, who insist on being lazy, selfish, bolshy and unpredictable. Build Le Corbusier’s ville de trois millions d’habitants and the trois millions would only pee in the stairwells and spray graffiti. People are the bane of the perfection-minded planner. Benches need no orders; people need “no loitering” signs.

UK-based artist Keith Piper deftly explodes the pretensions of authoritarian urban planners in search of perfection in his installation The Perfect City at London’s PM Gallery. The large-scale video diptych looks into the mind of an unidentified utopian planner building a model of an ideal metropolis, one that will “embody the memory of all cities before it”. All we see are disembodied hands manipulating maquettes, making sketches, flicking through research. The effect is very similar to the opening credits of David Fincher’s film Seven, and suggests the same conscience-less sociopathy.

White-gloved fingers caress trays of scissors and scalpels, cut out paper figures, position cardboard buildings. Meanwhile the narration, again disembodied, unfolds what the brain behind the hands is thinking as spaces and times are conjured and dismissed. The model-maker/narrator believes that the city arose as a place of refuge, a display of collective will, a refusal to be intimidated by the forces of nature and the divine. God responds to this affront to his authority, the narration reminds us, with the usual Old Testament vengefulness – the Babel workers’ collective is thwarted by heaven-sent incoherence, the sinful hiding-places of Sodom and Gomorrah are smashed. Mindful of these disasters, the model-maker attempts to impose divine authority by proxy, dissecting the city into cantonments, imposing quarantine, imposing surveillance. But the city’s people still have that irksome “inbuilt inclination” towards disorder. And so they must be brought into line with an act of destruction. The end of the film nods towards conspiracy theories, referencing 9/11 and the use of terror acts to impose social control.

The video lasts only 15 minutes – not enough to really examine any of the themes it touches upon, but enough to give the idea of planned perfection a thorough kicking. Perfect cities need perfect people, a line of thinking that tends to lead to the gulag – utopian experiments have a nasty habit of ending up as dystopias. Piper’s video is a condensed flash of insight into this paradox – it raises the eyes first to the ideal, and then casts them back to the autocratic reality.