I'm thrilled to be able to say that Care of Wooden Floors is one of 10 contenders for this year's Desmond Elliott Prize. Here's the full longlist:


Absolution by Patrick Flanery
Bed by David Whitehouse
Before I Go To Sleep by S.J. Watson
The Bellwether Revivals by Benjamin Wood
Care Of Wooden Floors by Will Wiles
The Land Of Decoration by Grace McCleen
The Last Hundred Days by Patrick McGuinness
The Missing Shade of Blue by Jennie Erdal
The Spider King’s Daughter by Chibundu Onuzo
The Unlikely Pilgrimage of Harold Fry by Rachel Joyce

Worthy foes. Flanery, McCleen and Joyce are fellow Waterstones 11 selectees, so it's interesting to be grouped with them again. Beyond that I'm afraid I don't have any analysis worth offering, I'm still a bit dazed. 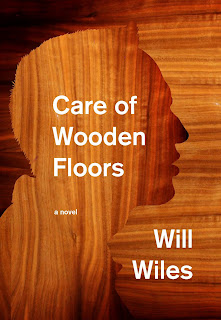 I'm pleased to be able to announce that US rights to Care of Wooden Floors have been sold, to Amazon Publishing. This deal has actually been chugging along for a while, but it was formally revealed in Publishers Weekly about a week ago, and I was able to meet some of the Amazon team when they came over for the London Book Fair last week. I'm particularly pleased that my editor will be novelist and former Believer editor Ed Park. Publication date is 9 October this year, so not long from now.

It's interesting to be published by Amazon in the USA. As you might know, Amazon is a complete newcomer as a publisher. The hardcover will be released through Houghton Mifflin Harcourt's catalogue; the exact name or branding of the Amazon Publishing imprint seems to be something of a grey area for the time being. This autumn's list is its first ever, and it's a privilege to be one of the very first books from a new house, especially one which will be so closely examined. It should make for an interesting experience.

Above is the US cover for the book - quite a departure from the UK cover. American friends, please look out for it in the "fall". Canadian friends, don't forget that the Anchor Canada-published edition is on sale now.
Posted by Unknown at 02:38 2 comments:

Last night I watched the British premiere of "2 Broke Girls", an American sitcom which has been much talked about as being the next big thing - edgy, smart, in tune with the times. It doesn't really break the mould of the sitcom format so much as scuff against it a little. A diner, a flatshare; hell, a down-on-her-luck WASP princess suddenly appearing in an eatery is how "Friends" started. The writing is what you might call "snappy" or tight" - which is to say a torrent of extremely clever one-liners and comebacks which cumulatively suggest rooms full of college-educated people trying to out-funny each other rather than actual speech. But I enjoyed it far more than I expected, laughing out several times, and in terms of socio-economic realism it looks like Mike Leigh next to "Friends". Would certainly watch again. The reason I bring this up is that I was interested in "2 Broke Girls" title sequence, which you can watch here. Here are a couple of screenshots: 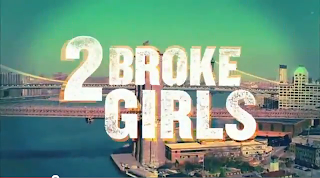 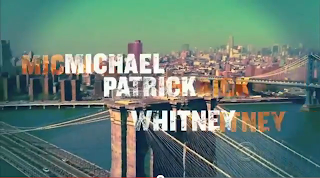 It's a fairly standard, brief, helicopter shot of the Brooklyn Bridge. What makes it interesting is the retro film effect, which suggests (say) a tourism film about Manhattan from the 1950s. Why something so backward-looking for a sitcom which is otherwise meant to be so up-to-the-minute? then it hit me - it's an Instagram filter. Instagram applied to television! That really is cutting-edge nostalgia.

Edited 23.4.12 to add: "Would certainly watch again", and I did, when it was repeated last night. And what stuck out was something I didn't notice at all the first time around - a very intrusive laugh track.
Posted by Unknown at 05:35 No comments: