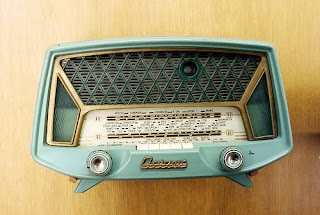 Image taken from the Flickr photostream of Sveeta Bogomolova and used under a Creative Commons Licence.

Exciting news! Care of Wooden Floors is being adapted for the radio. It will be Book at Bedtime on Radio 4 for two weeks, starting (I'm told) 30 January 6 February 30 January*. Naturally I'm delighted by this - it's a rare pleasure, in fact something like a dream come true, to have your work adapted for another medium and performed, and I can't wait to hear how it turns out. COWF - being largely the interior monologue of a man alone in a flat - has often seemed to me to be well suited to radio adaptation. So, please do tune in, or listen on iPlayer if you're unable to catch the scheduled broadcasts.

* UPDATE, 21 December 11: The broadcast will in fact start 30 January 2012, as originally stated, not 6 February - it changed, then it changed back. Sorry for any confusion and inconvenience. The story about the parental Christmas cards will be saved for the memoirs.
Posted by Unknown at 08:53 2 comments:

Labels: care of wooden floors, me me me, my writing
Newer Posts Older Posts Home
Subscribe to: Posts (Atom)